We are writing with some very sad news. We are sorry to tell you that Enrico L. (Henry) Quarantelli passed away on Sunday, April 2, 2017, at the age of 92.

Henry was a very private person and as his health declined over these last few years he stopped coming regularly to DRC. He suspended contacts with all but a very few people in town, mainly his caregivers and those closest to his personal affairs.

It would be difficult in this short letter to describe the magnitude of his influence on the disasters field, of which he is one of the founders, or his influence on his vast circle of friends, students, and colleagues around the world. You all know that, and we think that each of us will reflect personally on his effect on us. Henry devoted his entire life to our field, sparing little for pursuits outside those of scientific inquiry. Truly, we are in his debt for the careers he helped to launch, for his lineage of scholarly descendants,  and for the intellectual legacy that has sustained us over these last five decades. Perhaps his main gift to us and to the world was the gift of clear thinking about disasters. He gave us methods and an art for seeing through the myths and misconceptions of these events, and for developing better understanding of causes and consequences.

His research covered nearly every topic that is presently studied, sometimes only in a nascent form, but it is easy to see the intellectual origins of many ideas that we pursue now. Organizational change, emergence, volunteers, disaster mental health, emergency operations centers, warnings, evacuations, and emergency medical care among other subjects all form part of the vast corpus of research that undergirds modern disaster science.

His last work remains in progress, a broad survey of the popular culture of disaster that he worked on with Ian Davis. He was long interested in the representation of disasters in music, art, folklore, and film. His theoretical approach in symbolic interactionism was on display: how did these representations reflect how a local population understood the disaster and drew it into their collective experience? How did it shape the awareness of those who weren’t there? He always hoped that someone would tackle popular culture in more detail. Perhaps someone will.

His research is widely known, but some of his work is known only in a smaller circle, such as his development of cooperative relationships with scholars in Japan, beginning some thirty years ago and persisting to this day. The field is young enough that today’s senior scholars were around for much of its development, but newer scholars may not know the provenance of certain fixtures of our intellectual lives. His work with colleagues in establishing the International Research Committee on Disasters, part of the International Sociological Association, and the founding of the International Journal of Mass Emergencies and Disasters, have provided an important infrastructure for scholarly communication. Because IJMED is freely available online, it serves as a vital resource for the practice and policy communities.

His lifelong collaboration with Russell Dynes, of course, is a part of that personal and professional history and part of the history of disaster research, a unique partnership that is a preeminent example of teamwork in science. In today’s age of micromeasurement of “impact” and “productivity,” where collaboration is simultaneously encouraged and undervalued (What was your percent contribution to that article?”), their collaboration points to an overall benefit of intellectual partnerships and a testimony to discovery as a social enterprise. Indeed, perhaps as much as their scientific findings, their work together should stand in importance as a caution against the onslaught of metrics of scientific output. Would the disaster field be better off-would the world be better off-had they had to consider such matters at earlier points in their careers? Not likely.

Henry was quite explicit about limiting memorializing on his behalf. We are still considering next steps that will best allow those of us who want to remember and honor him to do so while still respecting his requests. Please bear with us. Over these next few days we will publicize additional details, which will also be found on our website. An “In Memoriam” page will also be posted to the DRC website. We are sorry to pass along this sad news, but we hope that we will all reflect on Henry’s life devoted to our field and-as much as it is possible within one person’s power-to the well-being of so many people. 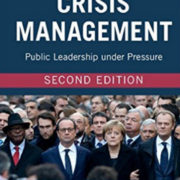 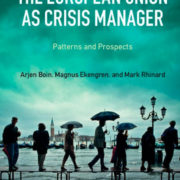